[Editor’s note: The Islamic Center of Ypsilanti, located at 5909 W. Michigan Ave., was burned this weekend. Half a year ago we reprinted the following Ann Arbor News story by Tom Perkins, and we’re rerunning it today to call attention to the fact that Washtenaw County was made a fertile ground for Islamophobic crimes even before the election of Trump. In fact, as you’ll read, it was Pittsfield Township officials who set an early precedent for exclusion.]

A Washtenaw County township that denied plans for an Islamic school has reached settlements in separate lawsuits filed by the U.S. Justice Department and Council on American-Islamic Relations.

The Michigan Islamic Academy and its attorneys at CAIR-MI say the settlement is a victory, while the township continues to deny wrongdoing.

The Justice Department filed a Religious Land Use and Institutionalized Person Act (RLUIPA) lawsuit in U.S. District Court in October. It alleges Pittsfield Township placed undue burden on the Michigan Islamic Academy by denying its request to rezone a 26-acre parcel at the Golfside and Ellsworth roads intersection in October 2011.

The township will pay MIA $1.7 million to settle the CAIR-MI suit, which was filed in 2012. The group’s attorneys say the sum is “one of the largest-ever RLUIPA settlements.” The settlement also allows MIA to proceed with plans to build a 70,000-square-foot Islamic school along with a small residential development that serves as a buffer between it and an existing subdivision.

The Justice Department settlement further requires township officials to “provide training within 90 days of entry of the consent decree to its officials, employees and contractors on the requirements of RLUIPA.”

The township will also be required to post signage at entrances to the Pittsfield Township Hall and post on its website that the township doesn’t “… apply its zoning or land use laws in a manner that imposes a substantial burden on the religious exercise of persons, including a religious assembly or institution …” and does not discriminate on basis of religion.

At its Wednesday, Sept. 28 meeting, the Pittsfield Township Board of Trustees approved resolutions to settle both lawsuits. The court still must approve the settlements.

Pittsfield Supervisor Mandy Grewal said the settlement will be paid by the township’s insurer. She also noted that it requires a residential development with “significant landscape buffering” to be built between the proposed school and adjacent residential lots.

The township and board “emphatically deny any wrongdoing, discrimination or violation of law,” Grewal said in a written statement.

Lena Masri, a CAIR-MI attorney, characterized the outcome as a “landmark settlement.”

“We welcome the settlement with Pittsfield Township and hope the outcome of this case will serve as a deterrent to other municipalities throughout the country seeking to deny Muslim institutions the right to build or expand their facilities on the basis of religion,” she said.

After a long and emotional planning process throughout 2010 and 2011, the township concluded that the academy had not addressed its concerns over zoning, the visual impact on a neighboring subdivision, noise and increased traffic.

“The original proposal that was rejected by the township called for high-volume, multi-use facilities with little to no buffering,” Grewal said in her statement. “The Township’s position from the beginning was and continues to be about protecting existing residents in this region from land uses that were not originally envisioned when they purchased their homes.”

The academy disputed the township’s claims and said the school met all the township’s requirements. It charged that the Pittsfield Township Planning Commission repeatedly “moved the goalposts” on those issues. The school and CAIR-MI argued that the planning commission and board of trustees blocked the plans because it called for an Islamic school. That constituted discrimination, CAIR-MI contended.

It forwarded the case to the Justice Department’s Civil Rights Division, which filed the lawsuit.

The Religious Land Use and Institutionalized Person Act enacted in 2000 by Congress, prohibits religious discrimination and protects against unjustified burdens on religious exercise.

Masri said those in the Muslim community seeking to build institutions in recent years have faced strong and often successful opposition, and she hopes the case will change that trend.

The school, now operating in Ann Arbor, sought to build on the property because its current building is overcrowded and lacking the room “for a cafeteria, computer or science labs, private space for guidance counseling, a gymnasium, locker rooms, auditorium, library, kitchen or adequate administrative office space,” the Justice Department wrote in its complaint.

Over 60 percent of the school’s families lived in Pittsfield Township, which borders Ann Arbor, at the time.

Planning commissioners voting against plans stated concerns regarding internal traffic circulation and the potential for new traffic issues on Golfside and Ellsworth. They also feared site lighting and noise would disturb residents in the neighboring Silverleaf subdivision, and several stated that plans didn’t include adequate landscape screening.

Many Silverleaf residents were vocal in their opposition to the project throughout the planning approval process. They repeatedly stated during public comment at planning commission meetings that their opposition was based in safety and traffic concerns, and had nothing to do with religion. School officials said at the time those statements were “obviously not true.”

The township also argued that the proposed building is not a “small-scale school” as is permitted by the township’s master plan. The land is zoned residential planned-use development and would have needed to be rezoned for the school to be built.

Wall no longer serves on the planning commission.

The Justice Department disagreed with the township’s points, stating in the complaint that the academy met all rezoning requirements. It also noted that the township approved plans for similar schools, including the Washtenaw Christian Academy and the Ypsilanti Free Methodist Church.

MIA attorneys previously said that the school spent “tens of thousands of dollars” more than other applicants in its effort to address the Planning Commission’s concerns.

The Justice Department contends the academy addressed all issues regarding noise, lighting and landscaping, and added MIA officials were willing to build a wall between their property and Silverleaf. Additionally, school officials planned to point lights away from the subdivision.

In 2011, academy officials commissioned two traffic-impact studies requested by the township, and both determined the school wouldn’t cause congestion or other issues. The preliminary plans were approved by the Washtenaw County Road Commission, and, according to the Justice Department, township planning consultant Richard Carlisle said at the time that internal traffic circulation could be “addressed at the next stage” of the planning process.

In regards to township claims that the school’s proposed size wasn’t consistent with the township’s master plan, the Justice Department wrote that the commission again contradicted Carlisle.

During the planning process, school officials scrapped plans for a prayer room and community center after the township and neighbors voiced concern over the increased activity each would bring. The school also reduced its proposed capacity to 360 students, and wouldn’t have permitted kids to drive or bike to school.

Prior to the township voting to reject the zoning request, a CAIR attorney provided a point by point report that demonstrated that the school met all the township’s requests.

The Justice Department also charged that Planning Commissioner Deborah Williams lived in Silverleaf and “actively organized residents to oppose MIA’s petition, including by instructing them regarding what objections to raise.”

In May, Ypsilanti Township officials said a group associated with the MIA are proposing a 28,000-square-foot mosque for land on Ellsworth just east of Golfside.

For more information, as well as a link to donate to the rebuilding of the Center, check out this Keep Ypsi Black post. 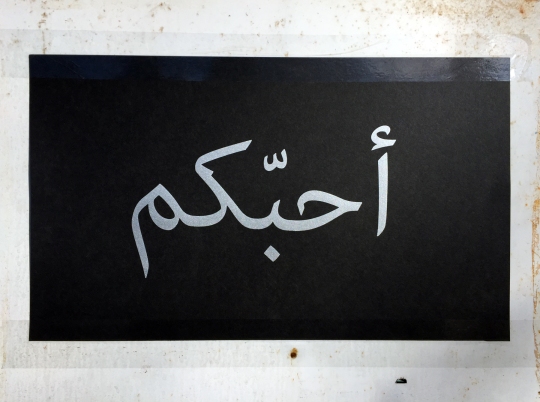