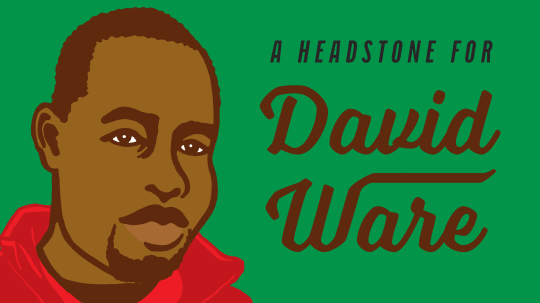 On January 23, 2007—seven years before the Ferguson Rebellion ignited the Black Lives Matter movement—a young man named David Ware died after having been shot in the back while running away from law enforcement agents in Ypsilanti, Michigan. He was unarmed. Local media, police, and the county prosecutor had nothing much to say about David’s death, save for the fact that it was “justified.”

Nine years later, in a piece called “David Ware: A Vindication,” Radical Washtenaw set the record straight, and redescribed this killing as another in a long line of unjustifiable police killings of Black civilians.

While doing research for the story, we learned that David Ware’s grave is still unmarked. At his family’s request, we join them as they set about to raise funds for a headstone for David.

If you can, please chip in, and consider sharing the url: